So I happened to come across this article this afternoon and it kinda scared me. 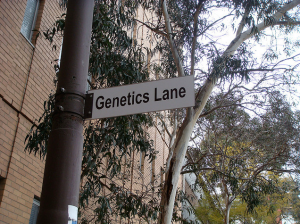 We’re heading down Genetics Lane without a map. – by lousia_catlover

For those not familiar with the plot (and without spoilers, because I think EVERYONE needs to see this film), the future is a world controled by your genome. Babies are no longer born without careful screening for future medical conditions (well, rarely and if they are, they’re at a significant disadvantage). You don’t just fall in love with someone. You nab yourself a DNA sample and have their genome compatibility matched to you, THEN you fall in love with them. You don’t get jobs based on the merit of your work. Instead, promotions are based on the decency of your genetic make up to that particular position. It’s frightening stuff… and it’s becoming more and more real.

We have in utero screening which, trust me, I think is a good thing. With this kind of a machine though, I can see a time in the not too distant future where people have the genomes of their babies mapped out in the first trimester and decide from there whether or not to continue to full term. While I am sure this would save a world of heartache and pain, is it really the best thing? If one thing leads to another as we have seen in the past, the chances of the world becoming a genetic competition in more than the most base of levels is very possible. 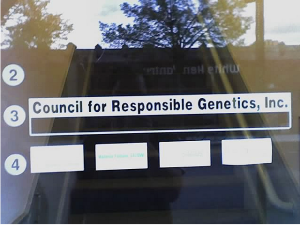 We just need to remain responsible for the advancements of genetic research. – by Sean Graham.

And I’m not the only on who feels this way. This post by Symon Perriman (apologies for the screen options – highlight it to read), and this commentary by Jason Lipshin are just two of a multitude of writings on the dystopian idea that our future is one set to weed out genetic inferiority by way of selective breeding. We have done it to animals and plants. It is only a small step in logic to extend the idea to humans.

The greatest hurdle, of course, will be “ethics”. In my mind, I can see a persuasive argument build for progressive implementation of the technology to give parents the choice to reduce the risk of their child having a burdensome and debilitating genetic disease, causing excessive drains on an already tired public health system. From there it is a series of small steps to break down even further opposition to have genetic screening implemented prior to conception for each couple, as an extension of marriage applications.

I guess rather than saying it’s good or bad, I am trying to say that technology is being developed so quickly that our morals, mores and values cannot keep up with it. Rather than asking it to slow down, perhaps it is time that we learned to really think about the extended ramifications of the advancement of technology upon our society.