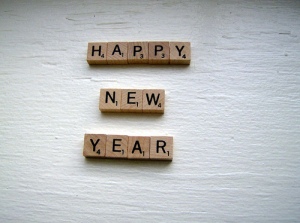 January:
I held a friend’s hand while she got a tattoo she had been wanting for many years. a few weeks later I started on my own tattoo project, completing a wish that I had had for many years also. It brought me one step closer to how I believe I ought to look. I braved the back-to-school madness to shop for my child’s return to education for the year. Only missing out on a few items which had sold out, it was my most successful year yet. I also entered my third year of my undergraduate degree– the beginning of the home run, so to speak. Having injured my right knee in the previous month, I continued to hobble around, catching public transport to and from work and elsewhere, with the aid of crutches, painkillers and anti-inflammatories. I also broke a toe. My family (grandmother and my father) met the family of my partner (mother and father) with amusing results. I also started as the Employee Engagement Officer for my office at Medibank, bringing (hopefully) joy and mirth to an otherwise dry and dull office.

February:
I continued work on my tattoo project: three hours at a time, every two weeks. Definitely a labour of love. My degree also continued. February, it would have seemed, was the months of continuation.

March:
I began my internship with Living Smart, work which still matters a lot to me to this day. I got new glasses, which in itself might not seem much, but as I had not worn glasses for some years, it was big to me. Thank you to Kate, Jenny and the whole family at Living Smart for letting me be part of your fabulous project.

April:
I continued working on the website for Living Smart, bringing the group’s presence online into greater clarity and letting it act as a better representation of the great work this group does. I went to Oz ComicCon and met Alan Tudyk, and had my dinosaurs signed by the man. It was in stark contrast to the rest of the months, which saw me begin the fight against changes to the admissions for the degree I am studying at Curtin University. A strong web, email and social media campaign thwarted efforts to make on campus enrollments obsolete, potentially leading the only dedicated Internet Studies department in Australia to its demise.

May:
I attended some events later in the month which allowed me to indulge in the darker part of my personality, with some very gratifying results (no spoilers here). My child turned 11, making me realise that it is probably too late to really be considering another child, as the age gap would be vast. I also began working on a research project which was to try my already strained patience.

June:
I continued to see the doctor regarding the damage done to my knee back in December of the previous year. Six months later and the repair was going slowly, but as expected.

July:
In writing the proposal for my research project, I realised that the paywalls of of research institutions and publishers is the single most defining obstacle to my metastudy. Much banging of my metahead against a metawall ensues. Attending the ANZCA Early Research pre-conference fires my imagination and passion for research, but returning to my study only drops me deeper into a paywall-facilitated rage. I quit my job to focus on my study, hoping to get a job with more steady hours. This dis not happen straight away. I attended the last Profs and Pints event of the year, put on by Scitech, this time as a member of the panel. We discuss the pros and cons of censorship. On the panel with me were expert in their fields. As an undergrad, I felt more than a little out of my depth however, I believe I managed with moderate success.

August:
The AICP (Association of Internet Communications Professionals) became a thing! It was a month of interview after interview after interview, jut hoping for something that wasn’t taking advantage of me, but was also rewarding. I started to become disillusioned with how my job hunting was going. I also attended Can’t Stop The Serenity, the worldwide fundraising event for Equality Now. The Perth Browncoats managed to raise US$8,500 (the highest donation of any CSTS city this year!) toward the worldwide total of US$110,783.53.

September:
The interviews continued, as did the rejection letters and phone calls. I escaped from it all by flying to Sydney to attend the annual swarm conference, after running their blog for the lead up to the event. This is also volunteer work that I do, but it fills my heart to see such a great event for community managers and those working in social media taking off and getting bigger and better every year. Thank you so much to Venessa and Alison for allowing me to be part of their event. I applied for, interviewed for and was offered a position working with two graduates of the very same degree I am! The wedding that had been planned and prepared for in three months was cancelled, propelling me into one of the darkest times to date.

October:
The exam schedule for my one and only exam this year was published. It was with a shaking hand and a raised heart beat that I booked my spot in the exam that would herald the completion of phase one of my undergraduate degree. I began my position with Real Estate Tribe and my learning streak on life in the fast lane of real estate and online tools. One of my best friends came over and stayed with me during what was going to be a very trying time. Thank you Rachael for making it seem all the easier.

November:
I celebrated my 32nd birthday. Many friends were with me and fun was had by all. I was taken out, as part of my birthday celebrations, to see the Joss Whedon rendition of Much Ado About Nothing, which was nothing short of wonderful. November also saw me celebrate the 50th anniversary of Doctor Who with my family. It was great to see so many people getting into a once-forgotten and laughed at television program that is so dear to my heart(s). I also sat for my final exam in sociology. I felt incredibly nervous going in to the exam room, and coming out of it, but while I was sitting in front of my paper I felt very confident. I guess it just shows that if you cover the same material often enough, it will finally stick.

December:
Which brings us to the last month of the year. I attended the Living Smart Christmas party and was thanked for my work. I applauded as my friend graduated (well done Rachael!), albeit from across the other side of the country.

In summary, I did a lot of stuff this year. Some of it time-consuming. Some of it heartbreaking. Some of it mind-numbing. All of it has brought me to the place where I stand now, ready to take on 2014 and whatever it brings. To everyone who has been reading my blog, and to those I have traveled through this year with – Thank you and may your 2014 bring you challenges and triumphs!