We have all been taken in by the romance of the Cloud. Not longer do we require terrabytes of storage for our documents, hooked up to our desktop computers. This has been one of the most important steps in freeing us from the shackles of our desktop machines, bringing about the rise of the laptop/tablet/notebook/iDevice/miniwhatever. 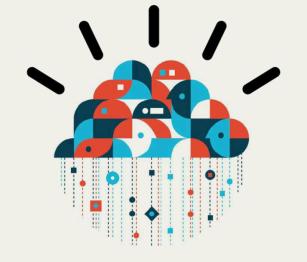 But, and it’s a very big but, is all that information you’re transmitting and sharing through the Cloud as safe as you think it is? Short answer: no.

Take, for example, the case of Dan Tynan. Dan was one of hundreds of people using the Cloud to store and share files for work purposes. Through sheer bad luck and a series of seemingly minor errors, his entire cloud-based drive was deleted. In a flash, his entire collection of work documents disappeared. Not only would this have cause hours and dollars in trying to reinstate all the documents, but he could also have been held in breach of contracts he had with companies who included clauses stating he was required to hold onto documents for a period of time, in case of a lawsuit.

Well, surely this couldn’t happen to anyone? It’s just a rare occurrence, I hear you say. Ha!

Between operating system updates deleting your back-ups, the Cloud being blamed for loss of jobs, messy court cases over who actually owns data and if anyone actually has the responsibility of returning data, and Symantec “discovering” that apparently 43% of users lose data in the Cloud, it’s little wonder that more and more people are choosing to turn away from cloud-based computing and return to physical and local storage of data.

Sure, it may not be “cool”. It may mean having to organise an off-site backup for really really important data, just in case. It may even mean investing in a fire-proof, water-proof safe for storing … *shudder* … back up copies, but anything has to be safer than someone you have never met having control over your information.