Aaaaah, Australia. The wide brown land for me…

I’m a white Australia who has the luck of being born to a family with at least three previous generations who were also born in Australia. I am, however, still female.

That means my uterus is not always mine to govern. My pay is not the same as a male counterpart. The fact that I am highly likely to experience sexual harassment (or worse) at the hands of a colleague at my place of employ doesn’t even begin to tell you how work isn’t always a safe place for someone like me.

Sure, I get to experience a longer life, and I can hope to  spend that time just living life, right? Oh. No?

Well, at least I’m not likely to be killed by my partner. No? Wrong again? Gods be damned!

It could always be worse.

I could be gay and unable to marry my same-sex partner, instead of bisexual and in a heterosexual-presenting relationship.

Or a migrant, instead of born here.

Or someone seeking asylum, instead of safe and relatively free from oppressive regimes.

Or an indigenous Australian.

Or someone who lived by the sea.

But no. Instead, I am an average white female who has everything going for her and nothing to lose but her way of life in this, the lucky country we call Australia.

The Digital Industry Association of Australia recently released the findings of its 2016 investigation into the digital industries and salaries.

Initially, I was interested to read the report as I was on the hunt for a new role and wanted to make sure that my expectations, in regards to remuneration and a couple of other factors, were on track for my industry.

There are a number of interesting figures highlighted by this report. The statistics found by this report for those working in the social media and marketing areas is in line with the findings in last year’s Australian Community Manager’s Survey conducted by Quiip, swarm community management conference, and Dialogue Consulting.

Also of note is how out of step the salaries for those in the executive branch of the industry are, when compared with professionals across the spectrum of roles included.

At $200,000, the median salary of Senior Digital Executives is markedly higher than that of the
second most highly paid digital professionals (eCommerce: $120,000).

What I would like to see is a report comparing expectations of those looking to enter the digital industries to the realities of working in the field. I’m talking points like salary (obviously a large factor), hours worked in the office, hours worked outside of office hours, unpaid work hours (come on, we all know it happens), and job satisfaction. I think these are all important factors to consider when looking to enter a new job, but are of especial interest to those who are new to the workforce in general.

That’s why the results of the benchmark 2015 Australian Community Managers Survey was of particular interest to me. 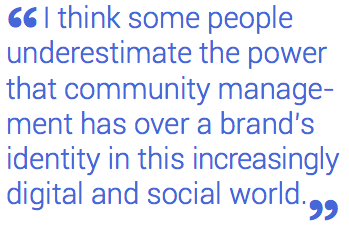 It has revealed a highly educated work force under pressure, with four in 10 earning less than the national average despite long working hours that sees half working more than a five day week. But, beyond that, it also highlighted a number of issues needing resolution:

So, why does this matter to me? Why am I writing about it? Well, for starters, it shows that there is a lack of understanding in this field. Organisations are realising the need to hire community and social media professionals to help support their brands, but lack the knowledge to harness, utilise and support this highly educated and, to be perfectly frank, freaking awesome group of professionals. It’s just another case of something shiny and new being brought on board without a clear plan for optimising the workforce.

If you’d like to obtain a copy of the report for yourself, you can do so at the ACM website.

All the cool kids are doing it, so why not me? 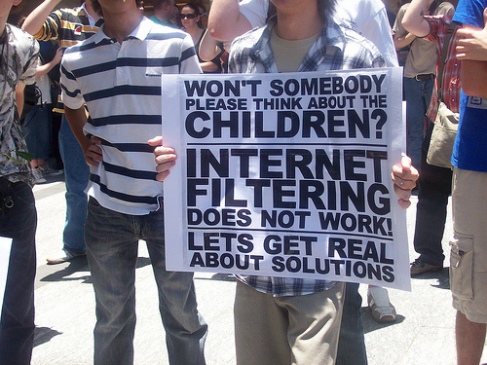 Just in case you haven’t heard of what this is. Let me recap. In essence, the Australian government has already started paving the road for a mandatory internet filter of the internet for all Australian citizens. There will be a secret blacklist for sites that will be banned, which no one has access to. There is no real recourse if your site ends up on the list to get it off. There is no real disclosure on what might get your site onto this list, suffice to say the official line is: “Items refused classification”. This could anything deemed illegal, immoral or otherwise.

There’s that curly word again… Immoral. It’s a word that makes my skin curl. I am all for deciding that illegal thing should be banned. Child pornography, bestiality, those such things. But how do I know that even typing those words won’t get my site on the blacklist? But what if I have a site about polyamory? Homosexual health issues? There are some that would consider that immoral. Who is to say that what I am saying is or isn’t immoral? Who has control over the list?

Another issue that has not really been brought up has been the implications on academic internet research. Those researching potentially “suspect” subjects may find that they are not able to access such sites that contain articles concerning such things. Where will that leave our universities and other researchers?

What I am afraid of is this being just yet another extension of the Blame Game. What’s that, I hear you say? What I call the Blame Game is people suggesting the magical “someone” should that magical “something” about whatever. There is a trend that is growing in the world that we do not want to take responsibility for our own actions. Suing a major technological corporation over false advertising is one thing, but suing them if you were surfing, got dumped by a wave and ended up in a wheelchair claiming they needed to erect signs warning about the dangers of the surf is another thing. Take responsibility for your actions people!

In the same way, parents arguing that the internet has become too ubiquitous and “someone” needs to do “something” about keeping the children safe is just another attempt to forgo some hard-line parenting and discipline. I am not suggesting that you do not allow you children to use the internet at all, although if that works for you, go for it. What I am saying is educate your children on the right way to use it. Yes, that may mean NOT using the computer as a substitute for the babysitting television. Yes, that may mean actually sitting down with your children and using the computer with them. Yes, it may even mean that you have to go and educate yourself on safe internet practises. Heavens forbid you actually have to take time out of your schedule for the betterment and protection of your children! You decided to have kids. Go wild and actually be a parent to them. Stop using the magical “someone” and “something” to fix all your problems.

Why should adults be told what they can and cannot view? Australia already has some of what are viewed to be the most strict censorship guidelines in the western world. Surely we don’t need more restrictions? We seem to be making a bee-line for the ultra restrictive days of the 1930s where books were banned under the Indecent Publications Act (look up the first book to be banned: ‘Upsurge’ by J.M. Harcourt) for having communist tendencies and immoral leanings (yes, there’s that word again).

Even beyond that frightening trend is the fact that this filter will not stop future governments from banning to their own agenda. With the increasing power pressure groups such a Family First and others, developing significant say in the parliament through members we can only project that the future in one in line more and more with seemingly science-fiction films as Equilibrium and V for Vendetta. Harsh? Idealistic? You think? We see in other countries that panic spreads amongst people and they rally to a previously uncharismatic leader who finds strength in the people’s “time of need” (post 9/11 fiasco). We see that a coupe in Australian politics (K-Rudd vs Gillard) is viewed with disgust but no real outrage. We in Australia have become so terribly disconnected from our government that most are still unaware that decisions are being made in the parliament despite politicians not having read senate inquiry reports, not even waiting for them to be published before the vote is tabled!

“The concept of the Web is of universal readership.” – Tim Berners-Lee

The sad part is that the Web which runs on the internet, when invented, was never supposed to be ruled over by governments. It was supposed to be a depository for all the collective knowledge of the world. Yes, it may have gone a little out of proportion and out of control, but Tim Berners-Lee was on to a good thing when he said no government or corporation would have control over the whole web.

Make no mistake, this is a far-reaching topic that will go through unless there is a major outcry from those that our politicians supposedly have been elected to represent. I don’t know about you, but I haven’t felt very represented in the parliament of late. What can you do about it? There are a number of on line petitions and such useless ways of making yourself feel like you’ve done something, but if you rally want to do something about this, write your local member or senator a letter or email detailing what your concerns are. Call them. Make them realise that this is an actual problem that they can finally step up and act the valiant politicians just like they dreamed they could.

Want to know more about this topic? Here are a few links for you to take a look at:

news.com.au: Enemy of the internet: Australia under surveillance for violating online freedoms.